This exciting SuperMoto racing season is coming to its end and the penultimate round of the calendar will be disputed in Portimão, at the International Circuit of Algarve, during the last weekend of September. The Grand Prix of Portugal is definitely one of the calendar’s newest additions so Superiders will be eager to discover new set-ups and find out how their machineries perform in this new and twisting circuit.

Racers and Teams’ personnel are looking ahead to this unpredictable challenge, very motivated to do their best and come home with satisfying results. TM Factory Racing Thomas Chareyre wants to be the “French King” of the World Championship and will stay focused to study each corner of the new track since the very first day of action. The defending World Champ perfectly knows he is hunted by his brother Adrien, member of the Fast Wheels ASD Team, who gained the runner up spot in the standings after the brilliant performance of the Sicilian round. While Thomas is detaining the lead after winning the Grand Prix of Italy and classifying in 4th and 2nd position in Bulgaria and Andorra to be back on the first step of the podium in Sicily, his older brother Adrien began the season with a solid 7th position and started making up ground at the Bulgarian round with the 2nd place and the GP victory in Andorra. Adrien Chareyre carried on his mission and the runner spot clinched at the Sicilian appointment was enough to steal Mauno Hermunen the second place in the standings and relegate him to 4th position. HM Honda Racing Ivan Lazzarini seems to have found a perfect rhythm and apart from the GP of Andorra, where he lost one position, he always detained the 3rd place in the point standings as he is doing now.

“Final round of the Danish Supermoto Championship 2011 will be scheduled September 24th in Randers, Jylland. Riders are welcome from Friday at 18.00 hours. Click Here“

The 2011 campaign saw a couple of talented riders leaving the scene for a while like the Vice World Champ of the KTM 747 Motorsport squad Davide Gozzini, who underwent a surgery at his right wrist, and PMR H2O Thierry Van Den Bosch 6th in the Championship, who crashed during a training right before the Grand Prix of Sicily. The two aces will not be on the track in Portimão but leading riders will have many other rivals to fear: Mauno Hermunen, 4th in the standings with the Factory Husqvarna Team, KTM 747 Motorsport Alexis Marie Luce 5th, Suzuki Valenti Lux Performance Christian Ravaglia 7th, TDS Faor Uros Nastran 8th, SBD Union Bike Racing Giovanni Bussei 9th and Nastran’s team mate Massimo Beltrami 10th. 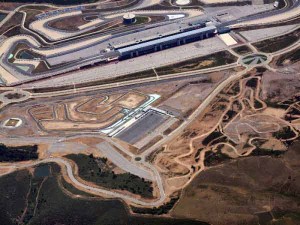 The leader of the UEM European series, Teo Monticelli of the Freccia Team, is living his dream and after watching team mate Massimiliano Porfiri winning the opening Italian Grand Prix decided to rule the scene so he grasped 3 triumphs out of 4: Bulgaria, Andorra and Sicily. The Italian young leader greatly withstood the intense pressure from various rivals such as: KTM 747 Motorsport Alessandro Tognaccini, 2nd in the standings and team mate Massimiliano Porfiri, 3rd, but there is also an unpredictable Czech duo made up by Pavel Kejmar and Tuning Sport Petr Vorlicek who is not too far from the top three.

A warm welcome is guaranteed on Saturday and Sunday September 24th and 25th when we will see Superiders facing the Portuguese GP, racing on the 1.550 meters long circuit and its 170 meters long sky section, a track that tests everyone to the limit.