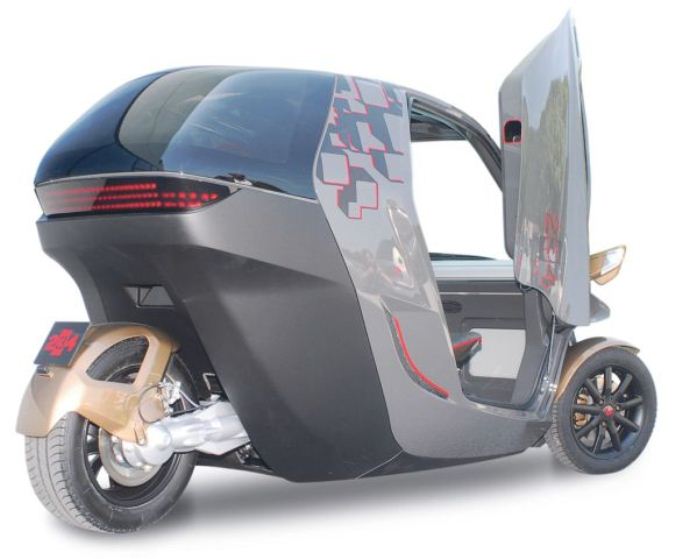 KTM are most famous as manufacturer of supermoto & other types of dirtbikes and road motorcycles. They are also known for the X-Bow car.

This is however a slightly different approach to transportation.

KTM has released the first images of its electric three-wheel city vehicle which was developed with the Austrian Technology Institute and partially sponsored by the Vienna government. 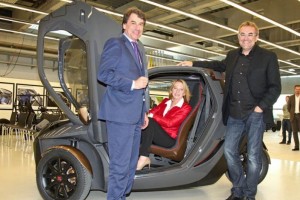 With a plastic body, doors which open vertically and two seats placed exactly like in a regular car, the KTM E3W is powered by an electric motor and a 6.5 kWh Lithium-Ion battery developing 20 horsepower and giving the vehicle a top speed of 100 km/h. KTM says E3W was designed to be environmentally friendly vehicles that is also elegant in a small city streets and areas of high congestion.

Can be seen at:  2011 Frankfurt Auto Show in September.