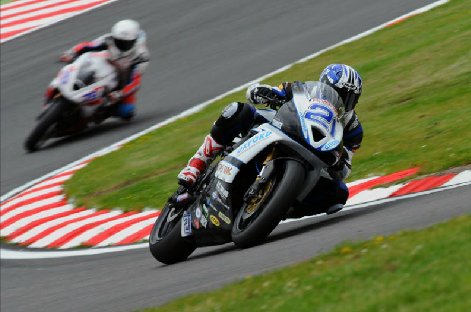 In direct competition with World Supersport stars Sam Lowes & James Ellison “Our overall supermoto hero” British Christian Iddon was lucky not getting serious injured in a huge crash at Mallory Park. Christian Iddon was at Mallory on the (Oxford Tag Triumph). With qualifying 3rd on the grid in front of World Championship contenders Sam Lowes and Ellison. With a fantastic start and holding third place, but unfortunately the leader high sided and Christian had no where to go and went down with an almighty crash.

Afterwards, a disappointed Iddon said: “That was a big crash. It was a bit like the one at Croft when Plater crashed in front of me. I could see Ingram had a moment coming round Gerard’s and then it looked like he almost saved it. I think his bike collected me and then it was all a blur. I could just see bikes bouncing through the air and was hoping it would all miss me. I thought there were more than two bikes down to be honest.”

British Supersport Championship 2011 will continue – And so will Christian Iddon.